“We saw how it went on with the wand. With the ease of application, millage thickness and coverage, it was a no-brainer. While a crew using caulk might complete four or five units a day, we’re knocking out like 10 to 15.”

The Artistry Indianapolis project required transforming a former two-story building in downtown Indianapolis into a five-story, mixed-use space. Milhaus Development was challenged with creating a modern, environmentally friendly, and energy efficient building, one that would attain Silver certification under the U.S. Green Building Council’s Leadership in Energy and Environmental Design (LEED) standards.

The Artistry project timeline called for demolition and construction to begin in the summer of 2012 and opening in fall 2013 for the 258 apartments and 68,000 square feet of commercial space. While meeting that deadline, the project would need to earn more credits than basic LEED certification in categories such as building energy performance, using sustainable building materials and promoting better indoor air quality. 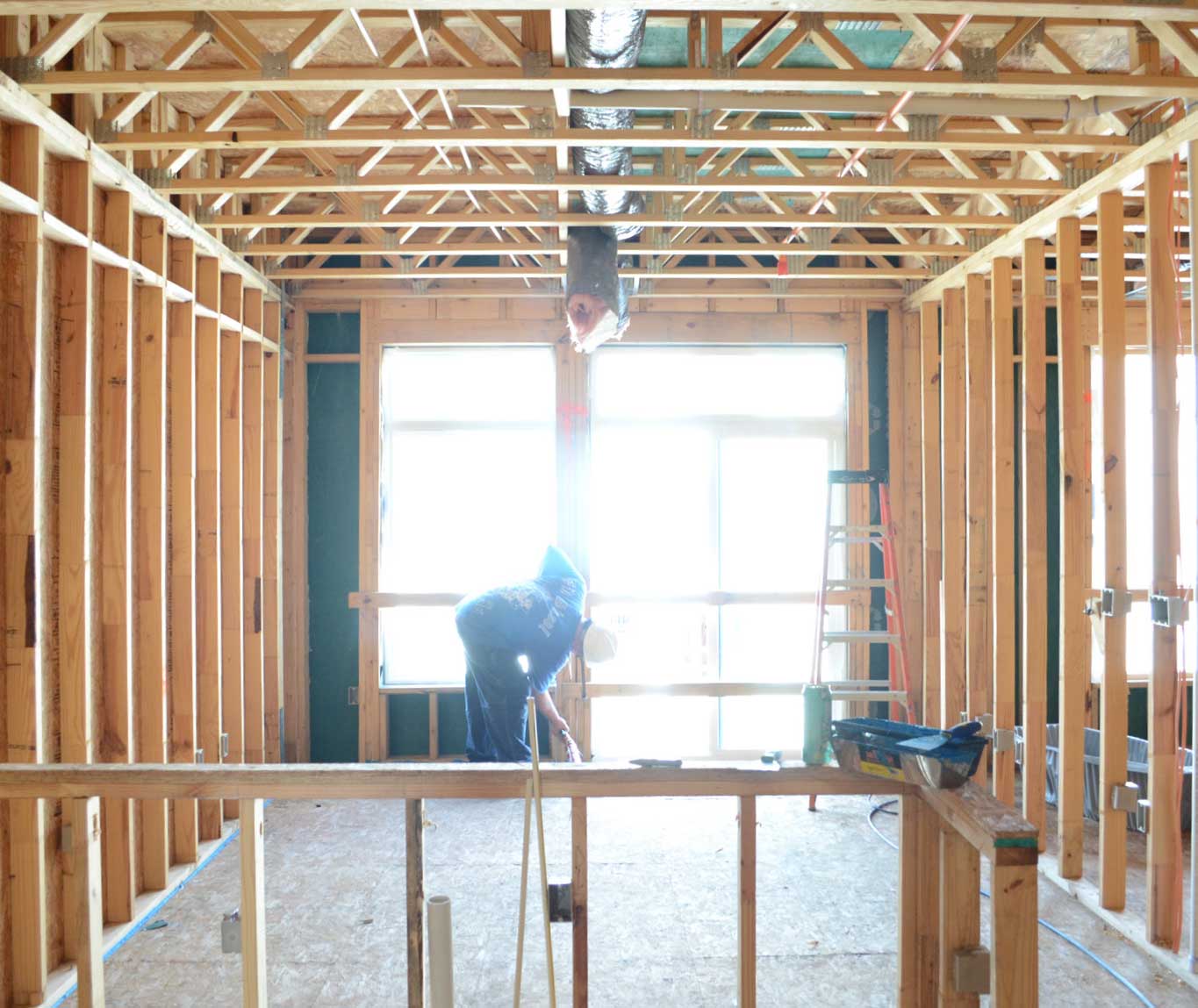 One of the vendors on the project suggested Knauf Insulation’s ECOSEAL™ Sealant, a fast-drying, water-based elastomeric spray that seals penetrations and joints in the building envelope. It dries to a tough film that remains flexible over a wide range of temperatures. The sealant penetrates gaps as large as 3⁄8 inch and as small as 1⁄8 inch, and it coats the face of smaller gaps, sealing joints.

“We saw how it went on with the wand,” said Shaun Langhorne, project manager for Milhaus Construction, LLC. With the ease of application, millage thickness and coverage, “It was a nobrainer” to choose ECOSEAL Plus.

While a crew using caulk might complete four or five units a day, Langhorne said, “We’re knocking out like 10 to 15.” The sealant is applied to the top plate, bottom plate, interspatial cavities and pretty much all the perimeter walls, Langhorne said, but it was important not to leave bright blue sealant on the exposed concrete floors and ceiling areas. By dialing in the wand and masking areas with a simple piece of cardboard they were able to avoid overspray in the exposed areas. The crew members appreciated the ease of application and the quick cleanup, which requires only water, not chemical solvents. “Sealing the building with ECOSEAL saved 30 to 40 percent of the time applying caulk would have taken,” Langhorne said.

The Artistry project used ECOSEAL Plus with a blown-in-blanket (BIBS) system. Because the sealant dries quickly—it typically skins over in two to three hours—crews were able to go in the next day and set up the netting to blow in the insulation.

Using ECOSEAL Plus not only allowed the project to move quickly and stay on its critical path, but also provided an effective barrier for the building envelope. A preliminary blower-door test of the first Artistry unit, without the HVAC system attached, yielded a result of 640 CFM50, well below the 750 CFM50 limit. 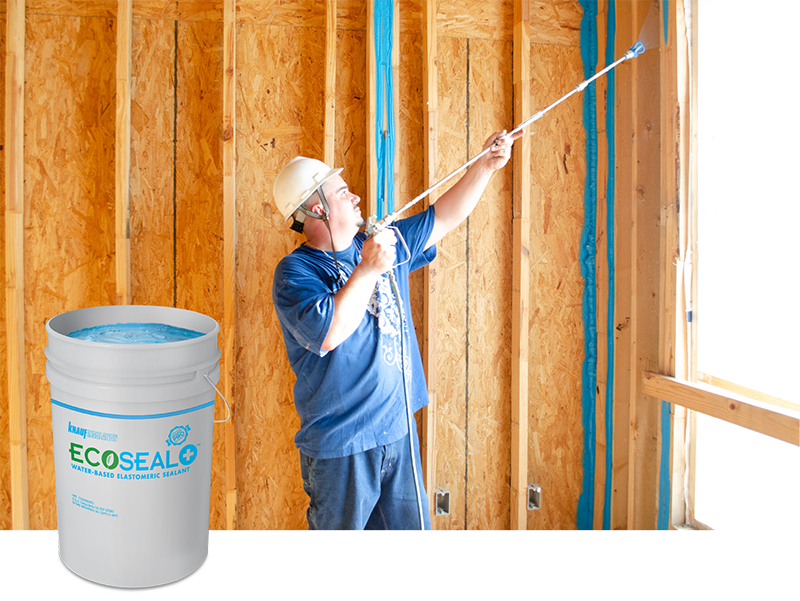 Discover all of the Knauf Insulation products that you can add to your next project.